Mineshaft Geomorphs: MINE-4 and MINE-5

Continuing the mineshaft geomorph series with two more geomorphs. I experimented with rail lines for these, and think they came out pretty good. Probably most of the geomorphs in this series will focus on mine rails, since that’s a distinctive feature. Generic tunnel geomorphs could be used for tunnels that don’t have rails in them. 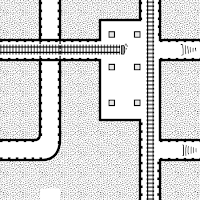 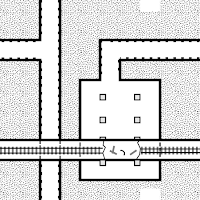 You may also notice that I settled on the 1mm dash approach to indicating support beams. It looks the best of the three options I tried, and it’s actually the easiest to do. I’ll go back and redo the first two geomorphs in that style later.