It took a while, but I finished two more Liber Zero reference sheet pamphlets. This time, it’s character classes! 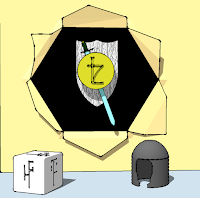 The Heroic Class reference sheet covers fighters, your basic combat class. It also includes three variant classes, which are just fighters with an extra non-combat ability: Cavaliers are masters of horse riding, Buccaneers are masters of sailing, and Barbarians are masters of the wilderness. The combat ability for all three variants is the same, so you lose nothing by picking a variant aside from a few bonus XP points. Heroes have a couple changes you won’t see in OD&D: a boost to the number of opponents they can fight when the hit dice are very low (double the usual number) and the option to use twice their Level instead of one of their physical ability scores when attempting heroic feats. Also, the Heroic class does more damage, based on either Strength or Level. In fact, high-level Heroes do more damage than the strongest low-level Heroes. 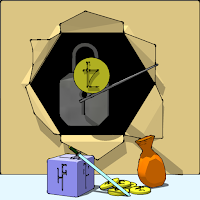 The Talent Class reference sheet covers a catch-all for non-combat, non-magical classes. The focus is on the one everyone’s familiar with: the Thief, but there are brief descriptions of two variant classes: Miners and Smiths. Unlike variant Heroes, variant Talents do not add abilities to the “main” class, in this case Thieves. Instead, they completely replace Thief abilities with roughly similar mechanics. Also worth noting: in many cases, Talent class abilities work automatically or speed actions up rather than improve a skill rating as they level up.

Since I haven’t completed a reference sheet on resolving combat or “skill checks” yet, there’s a reference that might not make much sense: some abilities are given a “High” chance of success. What this means depends on what kind of dice you roll (it’s a dice neutral system, remember?) Basically, it’s 3+ on 1d6, 6+ on 2d6, or 8+ on 1d20 (or 9+ on 4d6 drop 6s.) At least, if you are rolling target number or above. There will be other options when I get around to working out various possibilities.